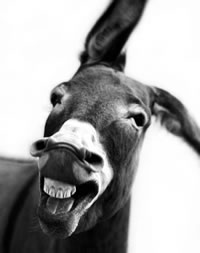 OK so you know how these memes start.. Some ill-informed person decides to start a rumour without checking the facts, and then posts it up on the internet. Soon it is all over, and people copy and paste is everywhere and the source of the disinformation is soon lost.

However, being as this blog deals in facts only I thought I would put to bed the idea that mules have Rh negative blood once and for all.

Animals have different blood and antigens to humans. Animals do get Hemolytic disease which can be caused when human Rh negatives and positives have children together. However that does not mean to say it is the same antigen that causes it in animals too.

Neonatal isoerythrolysis (NI) is an immune-mediated hemolytic disease seen in newborn horses, mules, cattle, pigs, cats, and, rarely, in dogs. NI is caused by ingestion of maternal colostrum containing antibodies to one of the neonate’s blood group antigens. The maternal antibodies develop to specific foreign blood group antigens during previous pregnancies, unmatched transfusions, and from Babesia and Anaplasma vaccinations in cattle. Cats are unique in that blood type B cats have naturally occurring anti-A antibodies without prior exposure, and their kittens that are type A develop hemolysis after nursing. In horses, the antigens usually involved are A, C, and Q; NI is most commonly seen in Thoroughbreds and mules. Neonates with NI are normal at birth but develop severe hemolytic anemia within 2-3 days and become weak and icteric. Diagnosis is confirmed by screening maternal serum, plasma, or colostrum against the paternal or neonatal RBC. Treatment consists of stopping any colostrum while giving supportive care with transfusions. If necessary, neonates can be transfused with triple-washed maternal RBC. NI can be avoided by withholding maternal colostrum and giving colostrum from a maternal source free of the antibodies. The newborn’s RBC can be mixed with maternal serum to look for agglutination before the newborn is allowed to receive maternal colostrum.

On these fantasy sites they also use the fact mules are sterile as a way of comparing it to Rh neg women having trouble to have babies with Rh positives.

A mule is the product of two different species (a horse and a donkey) mating with each other. Mules are always sterile because horses and donkeys have different chromosome numbers.

For the mule, having parents with different chromosome numbers isn't a problem. During mitotic cell division, each of the chromosomes copies itself and then distributes these two copies to the two daughter cells. In contrast, when the mule is producing sperm or egg cells during meiosis, each pair of chromosomes (one from Mum and one from Dad) need to pair up with each other. Since the mule doesn't have an even number of homologous pairs (his parents had different chromosome numbers), meiosis is disrupted and viable sperm and eggs are not formed.

Neanderthals and the simians they mixed genes with did have different amount of chromosomes, but the two smallest ape chromosomes were combined into a single, larger human chromosome.

Most ape and human chromosomes are identical. The 9th and the 14th ape chromosomes, when combined, are like a palindrome of the human 12th chromosome. That is, when viewed on a chromatic scale, if the ape chromosomes (9 + 14) are joined and flipped over, the result would look just like the human #12 chromosome.

That's what makes apes so genetically close to human beings, despite the difference in the number of chromosomes, and once the chromosomes had been joined and Sapiens were created it was possible for them to breed with Neanderthals. Some of the Neanderthals did breed with the new Sapiens, and that produced the Cro-Magnons. It was harder for them reproduce this way, but was possible, even though the Rh factor was different.

Even though Neanderthals and the simians started out not being able to breed with each other, after the genetic engineering it was possible. The Sapiens could of course breed very easily between themselves.

Two people with Rh negative blood can have children normally, as can two Rh positives. The only problems occur when the parents are incompatible and it doesn't matter which way round it is.

By Tia L Douglass of NATA
Posted by Rh Neg Blood at 07:35 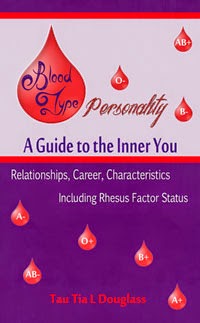 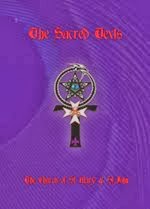 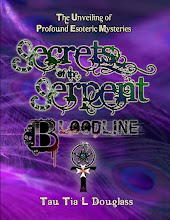